Limassol has amazing beaches for every taste! Beaches with distinct character, offering a vast variety of experiences. We invite you to discover them and enjoy them!

With more than 100 km length, the Limassol coastline starts from Governor’s Beach on the East side and ends in the West after Pissouri village, just before the place of birth of Goddess Aphrodite. One can choose among romantic settings, wild nature or popular tourist beaches in the region.

Cyprus has recently been rated with 100% clean beaches, according to the results of the annual bathing water quality report compiled by the European Environment Agency and the European Commission.

This distinction gives our guests the privilege not only to admire the incomparable beauty and richness of beaches and coastline in the Limassol area but also to enjoy swimming and water sports with their loved ones in crystal clear sea waters!

RECTO/VERSO from Byzantine to Modernism

The exhibition focuses on some to the most significant icons, originating from monasteries and village churches of the Limassol diocese. Eight of these icons are two-sided, thus the title Recto/Verso, indicating a representation at both sides, with the image of the Virgin with Child at the front (recto) and that of the Crucifixion or Via Crucis or simply a cross with decorative motifs at the back (verso).

The exhibition sheds light on representative samples of the iconographic creation from the twelfth to the nineteenth century, presenting the whole spectrum of ecclesiastical art from the Byzantine era, to Frankish (Lusignan and Venetian rule) and Ottoman times, covering thus a broad stylistic and chronological gamut that crystallizes different periods from the history of the island.

The visual voyage is completed with works by contemporary Cypriot artists, innovatively reinterpreting and rearticulating the particular hagiographic themes (Virgin with Child/Crucifixion) as they are delineated through the Byzantine, the subsequent Crusader tradition of the West and the Italobyzantine mode.

The icons will be presented on a specially designed panel, made out of simple material, placed in a central point of the exhibition space, allowing the visitor to see the icons on both sides, along with the contradiction of other relevant creations by local modern artists of Cyprus which will be presented in the same exhibition in the form of paintings, sculptures and other creations with the use of mixed materials.

The exhibition is organised by the Limassol Tourism Board, the Evagoras and Kathleen Lanitis Foundation and the Ministry of Education and Culture in collaboration with the Municipality of Limassol and the Holy Bishopric of Limassol.

LIMASSOL: Among TripAdvisor’s Destinations on the Rise

Limassol has been chosen as one of the 10 Travelers’ Choice Destinations on the Rise, according to the ratings and feedback received from TripAdvisor members regarding accommodation, gastronomy and activities in the area. ‘This valuable distinction serves as a reward for the ongoing efforts of all parties involved in upgrading the tourist product and repositioning Limassol as a cosmopolitan high quality sea side destination’, said Maria Stylianou Michaelidou, Manager of the Limassol Tourism Board.

Travel site TripAdvisor revealed its Travelers’ Choice Destinations on the Rise awards. The awards highlight spots around the world that have received the greatest increase in positive feedback and interest from TripAdvisor members, year over year.

“The TripAdvisor community has helped surface some unheralded destinations across the globe that are receiving rave reviews from travelers worldwide,” said Barbara Messing, Chief Marketing officer for TripAdvisor. “These award-winners offer highly rated options for accommodations, restaurants and activities to inspire those planning their vacations for the new year.”

According to an article by CNN journalist Katia Hetter published in CNN TRAVEL “These may soon be 10 of the most popular destinations in the world. Our advice: Visit them before everyone else does.”

Top 10 Travelers’ Choice Destinations on the Rise around the world 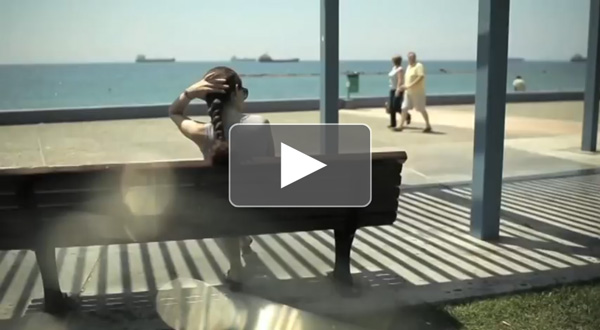 10 things to include in your winter agenda, whether you live in Limassol or planning to visit

Walk along the sea side path and inhale the fresh sea air. Find the perfect spot overlooking the Mediterranean to enjoy a warm drink at one of the sea side coffee shops.

Let your children play in the sand, fly kites and collect sea shells. The winter in Cyprus is very mild and many days are sunny and warm.

Give in to gastronomic temptations. Choose among a wide range of traditional taverns with live music, fish taverns right on the beach, gourmet restaurants or international cuisine restaurants. Limassol offers hundreds of options for every taste. The choice is yours! END_OF_DOCUMENT_TOKEN_TO_BE_REPLACED